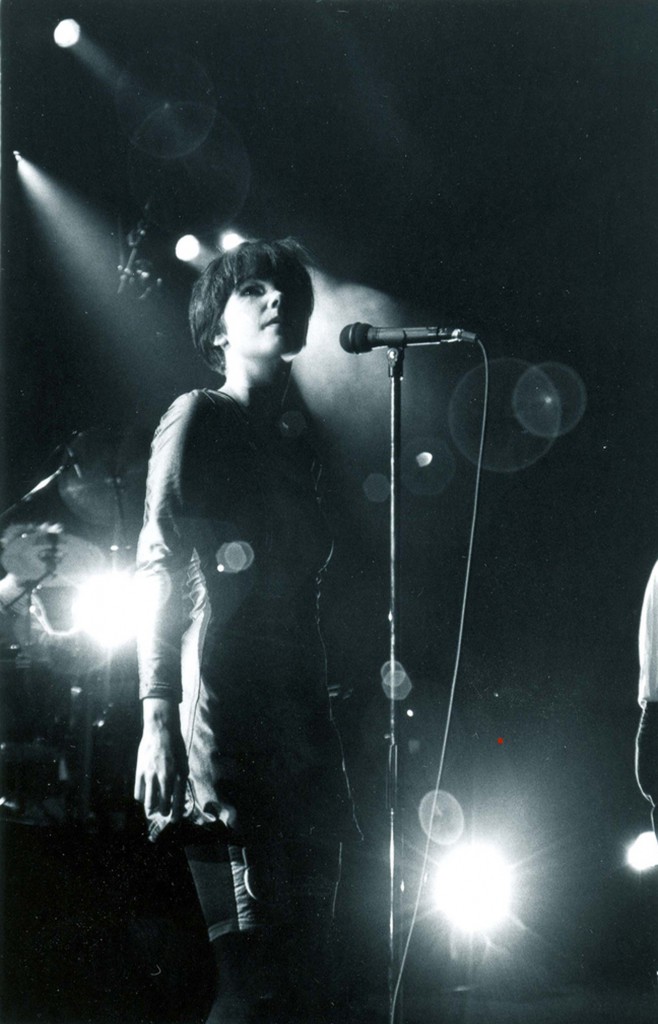 Mission had a dayglow mural behind the bar and black walls with dayglow painted water pipes that ran the length of the club. Our next-door neighbor, Paul Ferguson, a former drummer in Killing Joke, had created the water pipes mural. The bar had a light cream pink-lavender Formica laminate top.

We had three florescent dayglow ultra violet black lights under the overhang on the front of the bar. They were evenly spaced about five feet apart.  One of the lights had a short circuit, flickering on and off in a regular pattern throughout the course of the night. It’s not something that anyone would easily notice, except that The Sugarcubes’ drummer, Sigtryggur (Siggi) Baldursson, happened to be wearing a very colorful shirt that reacted to the ultra violet light. When the light turned on, his shirt turned on, and when it turned off, his shirt turned off. It was weird and really very arty. Siggi sat in that seat for the entire night, holding court with his friends as his shirt blinked on and off like a neon sign.

At one point, when the party was in full gear, Bjork jumped up on the bar and started dancing to a James Brown song. I noticed that she had very, very large feet. Or, at least the sneakers that she was wearing that night were of a very large size. David, the singer from Depeche Mode, also jumped up on the bar and he was dancing too. I’m not sure if Bjork knew who he was as they were not dancing together but on opposite ends of the bar.

I guess a stage is a stage, and for certain performers, the top of a bar can be a stage, too. I was holding onto the bar from the bartender’s side, along with Dianne, hoping that the structure was built to withstand this moment. Bjork was really pounding up and down as her friends were cheering her on, beer bottles and cocktail glasses were flying in every direction.

This is a teaser. If you would like to know more about the Sugarcubes' party and other events at Mission, please order your copy of Wake Me When It's Over.  It's not available in stores, this is my website and although you can find my book where books are sold on the web, the price here, just $15 for soft cover (plus shipping) or $7 for digital, is much less than anywhere else in the world.