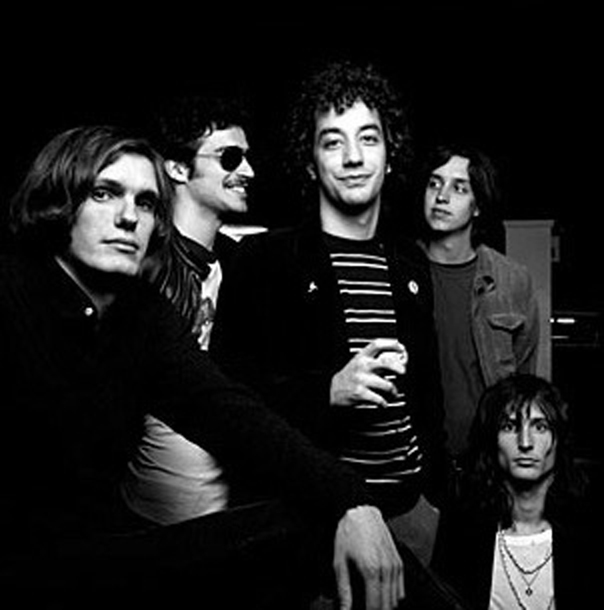 They were powerful, more powerful as individuals and as a collective, than any other group with whom I had previously worked. And, even though they were still a moderate distance from being the polished, professional group that the world would soon come to know, The Strokes had a clearly defined presence.

They reminded me of The Ramones, as they were in the late 1970s, not in their sound or songs, but in their commitment to the power they called forth from themselves in the process of creating their moment on stage. And, that’s saying a lot, because in 1978, The Ramones were the greatest live band in the world.

Later that night, my girlfriend who was asleep when I got home, awoke and asked me how was my night. Sitting on the edge of the bed, I told her,

“I might have just worked with the best band that I will ever see at Luna. If they don’t implode, they are going to be huge.” Returning to her dreamy state, she said,

“That’s nice,” and she rolled over and fell back asleep.

Albert Hammond Jr. recalls his feelings about that night,

“I don’t remember if we had been in Luna before but it was definitely one of the clubs that was on the ladder up. There was an excitement in us when we arrived for our first show. We were gonna play two new songs, ”Modern Age” and “Last Nite”.

The room was so beautifully lit. The bar was dark and the live room was darker, with a black light vibe radiating. Looking back, it was probably a very small room but at the time, Luna looked like a masterpiece, a square in the middle of the room, orange walls, and a thing that was starting to happen, fans!

I remember feeling great, another notch on the belt. We hung out all night at the bar. I think we met Kerri Black after that show. I remember we had asked you to be on a weekend and I think you hesitated and put us on a Thursday. But, when you saw we brought people after that, it got easier.

That night was the beginning of asking for things we wanted that maybe we hadn’t earned yet, but getting it, I think because of our music. I don’t think we looked at the final goal at that time. We just always had baby steps and mini goals that kept arriving faster and faster ’till you no longer have control over them. Actually, looking back, you realize you don’t have control over any of it. All you can control is the playing, the vibe and the music, and in those days, we, all five, in our own way brought everything we had to The Strokes.”

This is a teaser. If you would like to know more about my time in the early days of The Strokes, please order your copy of Wake Me When It's Over.  It's not available in stores, this is my website and although you can find my book where books are sold on the web, the price here, just $15 for soft cover (plus shipping) or $7 for digital, is much less than anywhere else in the world.