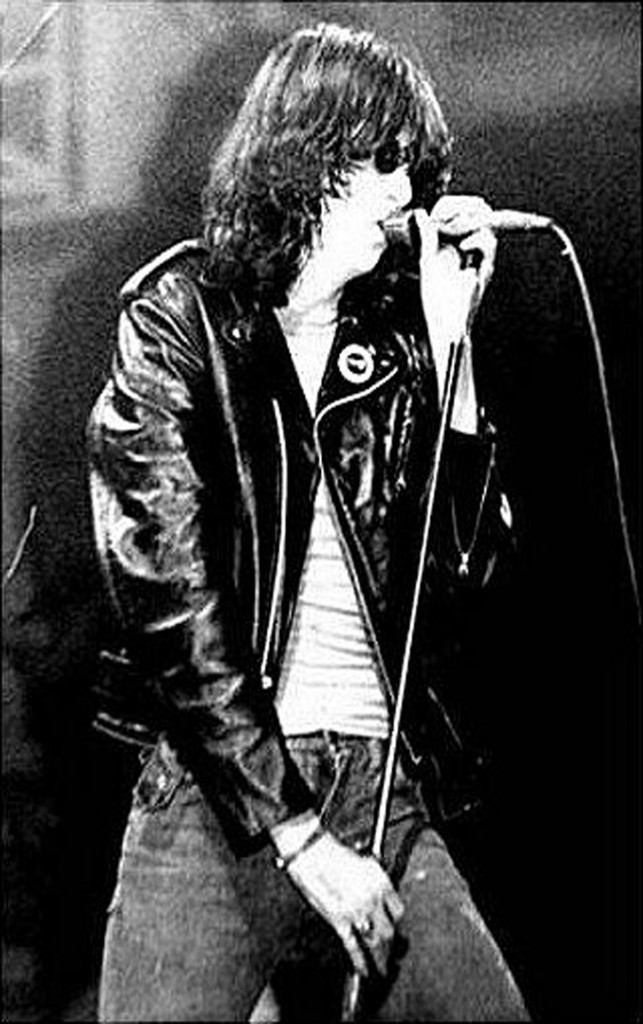 Joey and I used to talk about opening a club together and we actually looked at a couple of spots. One day, we went to look at a small four-story building on the Bowery, just down the block from CBGBs. It was a ground level storefront and on the three floors above were supposed to be apartments. When we entered, we saw that the store had been turned into a locker room with benches in front of the lockers. We thought that was weird. Why would a store have lockers? Some of the lockers were padlocked and some were completely wide open; discarded women’s clothing was strewn all about the room. And,
there were music cassettes with Asian writing scattered around on the floor.  It looked as though some folks had certainly left in a hurry.

We went upstairs and noticed that the apartment on the second floor was not an apartment at all. It had no kitchen and no living room; just a series of several small bedrooms each with an undersized bath. There were around twenty of these bedroom/bathroom combos in the building. Cheap sheets were still on the beds; cheap cassette players plugged into the walls. Many more Asian cassettes were scattered around on the floors. Joey said,

“There’s something really weird about this place.” Then it dawned on us both at the very same time. We were standing in the apparent remains of a brothel!

Joey and I thought that this building would make a great low budget hotel for bands that would come and play in New York. It is so ridiculously expensive to stay in the city but this place could be a dive-y hotel with a super cool bar in it too. In addition, it was in the East Village and could easily become part of the scene. There was one big problem, however. The entire building was on a serious slant with one side of the building leaning a significant way to the west. Joey said,

“We can call it The Funhouse Hotel.”  And, I suggested that we could put those funhouse mirrors in the bar downstairs. While we thought that this would add a lot of character to our possible low budget rock hotel, we also worried that the building might someday fall down. It would really suck if we were responsible for taking out some of the nation’s new up and coming bands with a possible building collapse. We both could imagine a photo on the cover of the New York Post, with the headline, “Rocker Ramone Indicted In Building Disaster!” We decided to come back to this project at some later date, but that never actually happened. However, I did keep some of the Asian cassettes and whenever I happen to hear Asian pop music, I think of Joey Ramone.

This is a teaser. If you would like to know more about the time I was lucky to share with Joey, please order your copy of Wake Me When It's Over.  It's not available in stores, this is my website and although you can find my book where books are sold on the web, the price here, just $15 for soft cover (plus shipping) or $7 for digital, is much less than anywhere else in the world.