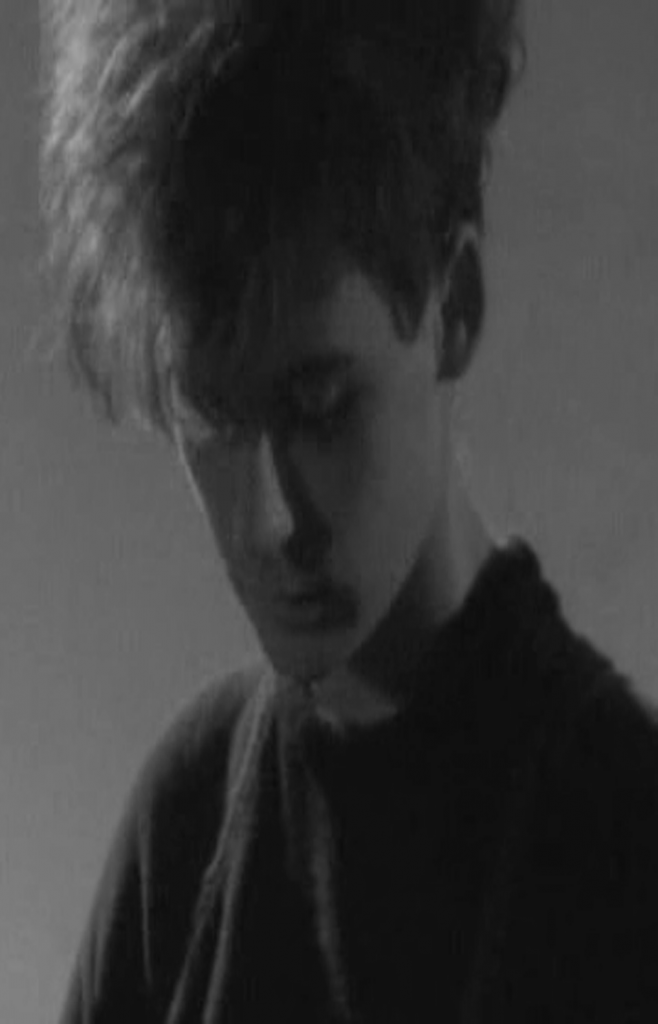 I got a call from Jerry Jaffe, asking if the Jesus And Mary Chain could come down to the club within the next hour. He told me that the show had been cancelled. I told him that it was no problem to start their party early.  What I didn’t know was that word somehow got out to the three thousand ticket holders that The Jesus And Mary Chain were playing downtown at a club called the Mission. They were not playing here. We had no stage and no live sound system. Mission was just a storefront bar on a side street with a deejay and tiny dance floor.

Trent Reznor and his band arrived just before 9PM along with around forty writers and magazine critics. All was going well for him and it seemed that everyone was having a good time. Although, his first big New York City show was unfortunately cancelled on this night, he seemed to be in good spirits. This tour was his first big success and there was a great deal of interest in his burgeoning career.

About forty-five minutes later, The Jesus and Mary Chain arrived with John Moore and a few of their other close friends. I escorted them to a back room where they could relax in private for awhile. It had been a stressful start to this evening up at The Ritz.

We never intended the back room to be used for guests. It was a space I used for storage and the only light back there was bright white florescent lighting. About a half hour went by when I noticed that our small club was really filling up. Our capacity was only around seventy-five people. I poked my head out of the front door and was shocked to see a line of people stretching down the block heading east to Avenue B and then around the corner, up Avenue B and then turning west on East 6th Street. There were six hundred people on this line.

I asked several people on the line why they were waiting and they told me that they heard that The Jesus And Mary Chain was performing at Mission. I told them they were mistaken. They asked me if the band was hanging out inside and I said yes, but that we were already packed and there was no way we could fit in any more people inside. Still, they would not leave and at least one hundred people were still standing on that line past 2AM when I next checked it out.

Police cars had stopped in the street, at the front of the bar, with their colored strobe lights turning. I went up to one car and told the officer that I was the club owner. I asked him why they were in front of my building and he asked me why there were hundreds of people lined up on the street trying to get into my club. I simply said that there was a famous British band having drinks at the bar. The police eventually left when they realized that the line was orderly and no problems occurred from the crowd.

This is a teaser. If you would like to know more about the Mission party with the Jesus And Mary Chain and Nine Inch Nails, please order your copy of Wake Me When It's Over.  It's not available in stores, this is my website and although you can find my book where books are sold on the web, the price here, just $15 for soft cover (plus shipping) or $7 for digital, is much less than anywhere else in the world.